Due to the current pandemic, the Sonora State Government requested the Education and Culture Secretary’s Office to develop a plan for the immunization process of all personnel related to education, which also implied the registration of all those eligible, besides a follow-up on vaccination centers and control points to guarantee and ensure the process.

Since there was no team available with developers of other platforms –like PHP, .NET or ReactJS– for a system of such characteristics, and given the scarce time available, it seemed practically impossible to have a development in those languages. So, the Computer Systems Department of the Sonora Education and Culture Secretary’s Office opted for the GeneXus Low-Code platform, known for its quick development of robust and secure applications.

The project was led by an engineer, Mr. Juan de Dios González Ruiz, the Computer Systems General Director at the State agency, along with the Director of Systems Development and Analysis, Mr. Francisco Martín Morales Nuñez. They were in charge of making the new system work, in one week.

“We had the SARS-CoV-2 Vaccination process for all personnel in the education area, and also the system for the administration, follow-up, control and decision-making referred to authorized vaccination centers and process advance… all that in just one week! We were able to do it in due time and manner thanks to the cutting-edge development that the GeneXus technology brings along,” expressed González Ruiz.

This enabled the registration of all education personnel from public and private schools –middle and high school levels – for the SARS-CoV-2 vaccination process.

The process was divided into the following three stages:
1. Integration in the database with detailed information on all personnel.
2. Registry in the process through the key known as CURP (“Clave Única de Registro de Población”) – Single Population Registration Key, as per its Spanish acronym).
3. Printout with QR code for verification, with scheduled date and time, and vaccination center.

Dashboards also played an important role in the results obtained through the process, since they provided the possibility of viewing data at all times, which in turn generated statistics on the total staff registered and vaccinated per municipality, and per vaccination center.

According to Mr. Francisco Cano Sánchez (Senior Analyst), Chief of the Systems Development and Analysis Department, GeneXus’ quick development made it possible, in one week’s time, to have this whole system ready to vaccinate all the personnel working for Sonora’s education sector in just four days. He explained that, “The swift creation of the process and its implementation, with its added security and data viewing– enhanced with the inclusion of dashboards for general queries throughout the whole process– allowed us to focus on the issue of solving our administrative problem in the best way possible, in order to vaccinate 70,000 people with every detail duly recorded.”

In accordance with the benefits implied in the solution reached for the Vaccination Schedule, the team divided them into the following three groups: In this regard, the Secretary’s Office has concluded that the process’ main effect was the agile registration, along with the key role of dashboards in making decisions based on the agency’s reliability and certainty requirements for adequately and timely achieving the plan. 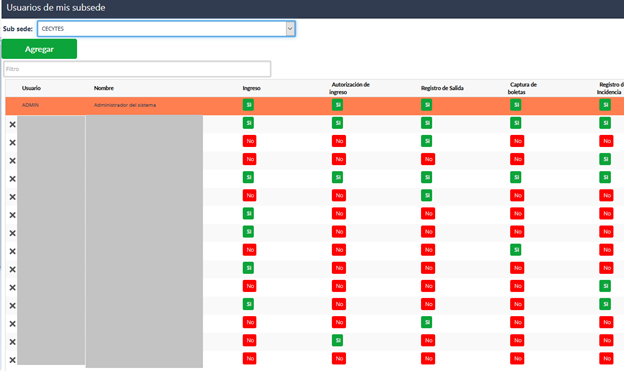 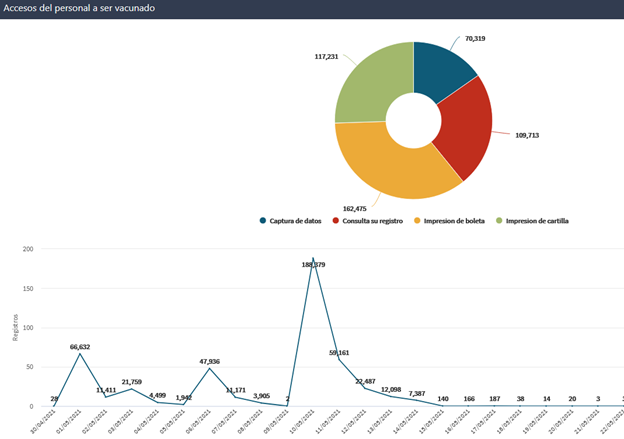