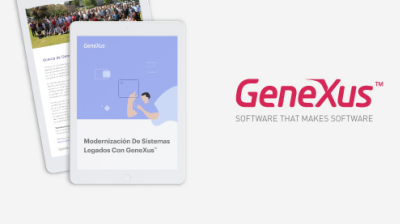 30 years ago we had the basic technology for GeneXus™ but a significant question remained unanswered: for which platform were we going to develop our solutions?

We had multiple options, such as IBM mainframes, Digital VAX, equipment provided by multiple manufacturers with UNIX, PCs, AS/400, among others. We had to follow only one line, as we were just setting up our company, resources were scarce, and supporting more than one option didn't reasonable, at least in the beginning. We chose AS/400, we implemented GeneXus™ and launched it to the market in the second semester of 1989.

In times of rapid changes, it is an illusion to think that, when a line of computers is launched on the market, it will continue to be successful 30 years later.
But it is!

Today, this line (AS/400; iSeries) is still being used across the world and keeps its outstanding feature: its reliability.